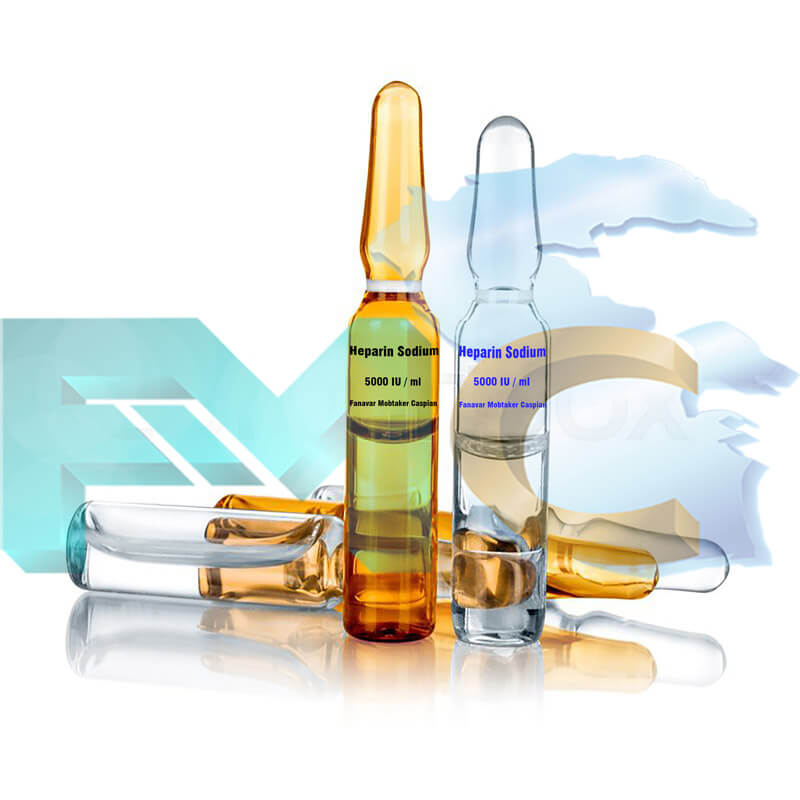 Heparin is an anticoagulant used to prevent or treat thromboembolic disorders (disorders that are associated with unwanted blood clot formation). Problems such as:
– Deep vein thrombosis (deep vein thrombosis)
Pulmonary embolism
– Arterial thromboembolism (thromboembolism in the arteries)
In terms of number, the highest number of heparin injections is used to prevent thromboembolic events (clot formation) in hospitalized patients. Injectable anticoagulants are used in all patients who are immobile (for example in the ICU) or in any other ward where the patient is not discharged.

Heparin is primarily a hospital drug because it requires monitoring of coagulation status by measuring PTT.

Only with a doctor’s order

Injectable anticoagulants, called low molecular weight heparins (LMWHs), have been widely used in recent years (enoxaparin family drugs). The claim of these new drugs is that they do not require PTT monitoring and measurement. However, many experienced physicians prefer heparin to newer anticoagulants. The reason for the accurate monitoring capability for heparin is that although it imposes the measurement of PTT on the treatment system, it also has the ability to increase, for example, 1.5 to 2.5 times the normal value of PTT, depending on the need, by adjusting the dose of the drug. In addition, in recent years, heparin has been considered to have anti-inflammatory properties, which in addition have benefits in addition to anticoagulant properties, which is the main property of the drug. [1-3] Overall, heparin, although a relatively old drug, has its uses. It is part of the WHO list of essential medicines. Heparin is also much cheaper to use than newer anticoagulants.

At the same time, the production of heparin has had a historical problem, and since it is the source of animal medicine, there is a possibility of contamination of the product with impurities and possibly microbial agents. This problem has led to drug recall even in the United States. (This happened in 2008 following the contamination of a used source sourced from China, which resulted in casualties.) Therefore, quality control issues need to be carefully considered when it comes to product quality. Another condition is a condition called heparin-induced thrombocytopenia (HIT), which may occur in more heparin than newer anticoagulants, but is generally less common.

Scientific advertisements for heparin in order to explain its benefits, such as emphasizing the ability to monitor the effect of the drug, as well as its properties other than the anticoagulant effect (eg anti-inflammatory effect) help maintain the position of the product. At the same time, the quality of the product is very important according to the explanations given in the previous section. Heparin is also on the list of high-risk drugs announced by the Ministry of Health. The presence of a red label on each ampoule, which is a requirement for hospital accreditation, can be an advantage.
Due to the fact that the drug is used in inpatient wards and due to the sensitivity of the drug, it is appropriate that the drug brochure has complete information on how to dose, monitor and prescribe. Also drug interactions and…

The main use of heparin in hospitals is its 5,000-unit ampoules. Sometimes a vial of 25,000 units was available and used in the market. Heparin is inherently non-injectable.
Newer anticoagulants, such as enoxaparin, have become widely used drugs in recent years (albeit in part due to the widespread publicity for them). The choice between these products, of course, is ultimately partly influenced by the doctor’s taste.

Heparin is only available as an injection. Depending on the dosage of the drug, 5000 ampoules is more suitable and the drug waste is reduced.

References to the various uses of heparin, as well as other beneficial effects other than anticoagulants, are used in brochures.