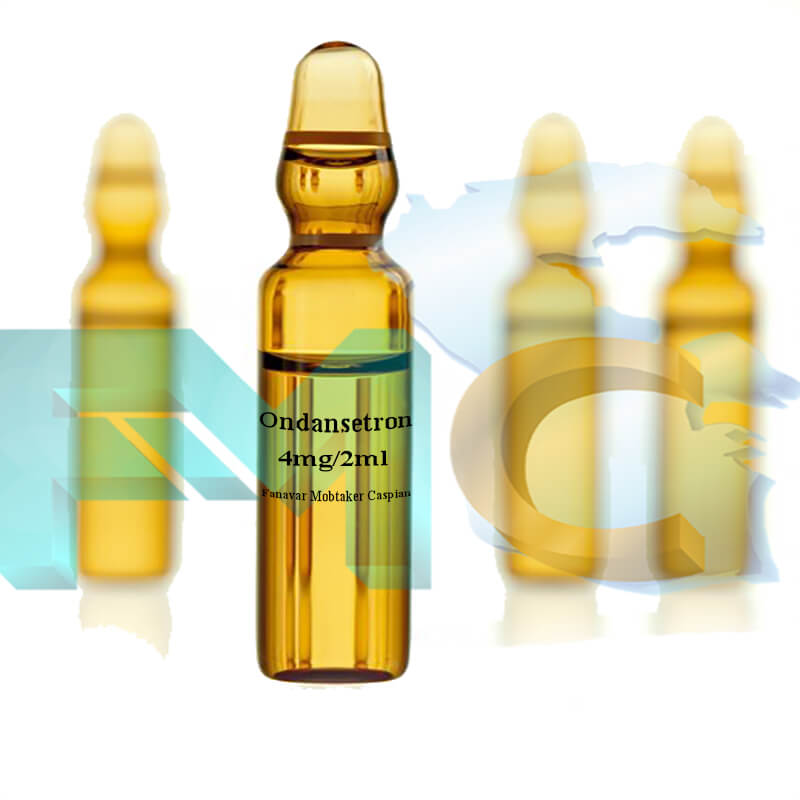 Ondansetron is used in both inpatient and outpatient settings.

It is not part of the official list of OTC drugs and is generally used with a patient’s prescription or prescription.

Other important injectable antiemetic vomiting products available in the pharmaceutical market include metoclopramide ampoules, which, of course, have more side effects than ondansetron. In particular, motor complications, including acute dystonia, are a very unpleasant and frightening side effect that may be seen with metoclopramide. Metoclopramide is used much less in Iran than in other countries, and in recent years in Iran, metoclopramide has been partially replaced by ondansetron, and this trend continues.

Another injectable anti-nausea and vomiting product is granisetron, which has a similar mechanism of action to ondansetron, but its FDA approv applications are limited to preventing or treating nausea and vomiting related to chemotherapy and radiotherapy. But ondansetron, in addition to being used for these purposes, is used in postoperative nausea and vomiting as well as off-label in the cases mentioned in paragraph 1. In general, ondansetron is more widely used than granisetron, and its use is increasing, especially due to its replacement by metoclopramide. In contrast, metoclopramide is more effective than metoclopramide as a prokinetic agent (a drug that increases gastrointestinal motility and accelerates the emptying of stomach contents into the intestines).

Injectable ondansetron has already been offered by several other domestic manufacturers, but due to the high consumption of the drug, there is still room for new manufacturers to operate. Scientific advertising for this drug to replace metoclopramide can be effective in strengthening its market position. Due to the relatively high rate of drug use in inpatient wards, a ten-digit package seems appropriate for the drug.

First: Internal medicine specialists and general practitioners
Second: Oncologists
Third: Surgeons in different orientations
Fourth: Emergency medicine specialists (In general, more metoclopramide has traditionally been prescribed in emergency rooms, but this pattern of use has the potential to lead to more ondansetron administration).

There are also pharmaceutical forms of ondansetron tablets and syrups, which are widely used drugs and their consumption in the outpatient department is significant. If the patient is able to take the oral form of the drug, the use of oral drug forms is given priority according to a general rule. However, in nature, especially in severe nausea and vomiting, the oral medication may return with vomiting and there is more confidence in the effectiveness of the injectable form.

There is no definite advantage between different forms of medicine. Each is useful in cases where they should be consumed. The superiority of ondansetron over metoclopramide was mentioned in the previous sections.

The benefits of acetaminophen as an anti-nausea and anti-emetic drug were mentioned in the previous sections. These materials can be used in advertising brochures. Ondansetron has significant interactions with some medications that should be mentioned in educational brochures.
The necessary information about how to dose the drug and its compatibility with other drugs when injecting is appropriate to be mentioned in these brochures.